My European season has come to an end.  I needed to have a big week at the Nedbank Challenge to make it to Dubai but unfortunately it wasn’t to be.   I really needed to have the work done before last week, especially because it’s hard to make a big move at an event without a cut, as everyone is getting points.

It was a struggle for me last week.  As much as I like going to Sun City, I have never really had much success.  I find the course tough to play – it feels claustrophobic for me as every hole has trouble down both sides.  Then there is the altitude adjustment and the wind to deal with.  I worked in metres last week so as not to be doing too many calculations over each shot.  However the problem with the altitude is that the higher you hit the ball the further it goes.  Then if you don’t quite catch it 100%, it goes nowhere.  Throw this in with the swirling wind and then clubbing becomes extremely tough.  I found it hard to be committed to clubs all week and as a result I struggled.  The only consolation is that it is a common theme amongst the players.

While I didn’t perform how I wanted to, I am happy with how I drove the ball for the week.  I went to a lower flight from the tee and it made me so much straighter.  Not only straighter but it also reduced the stress I would normally feel on the tee boxes.  I can see it as huge addition to my arsenal going forward.  My iron play wasn’t as good as the previous week but that was a lot down to the conditions that I described rather than poor iron shots.  The thing that I was happiest about though is that my putting was good.  I did a lot of work with my putting on a ruler – it’s something I have done many times during my career and it has been successful for me.

It’s disappointed not to be going to Dubai but it’s not the end of the world.  I am heading to the States for the final event of the Fall season on the PGA Tour, the RSM Classic in Sea Island, Georgia.

A final round of three under par 69 sounds like a good days work but it could have been so much better. Padraig started with a dropped shot at the first hole but then went on a birdie fest including an eagle three on the par five, 9th hole. This had him out in four under par and flying! He picked up another shot at the par five, 10th hole and stood on the 17th hole, six under par for the day. A terrible finish of bogey, double-bogey really spoiled some great play on the day. He finished in a tie for 35th place. His fellow Ryder Cup vice-captain, Lee Westwood won the event, his first win in four years!

A third round of two over par 74, sees Padraig drop back down the field at this years, Nedbank Challenge. He got off to a nice start with an early birdie on the par five, 2nd hole. Two dropped shots followed to have him out in 37 blows. He again picked up a shot at the par five, 10th hole, before a costly double-bogey six on the par four, 17th hole, put paid to a good days work.

Padraig shoots a second round of one over par 73 to lie in a tie for 37th place heading into the weekend. He got off to a better start with two birdies cancelled out by two bogies on the front nine to be out in level par. Two quick bogies on the 11th and 12th holes had him struggling but he again fought back well with two late birdies before a final dropped shot at the par-four 18th hole! Nine under par leads the tournament and he tees off at 8.30am local time on Saturday! 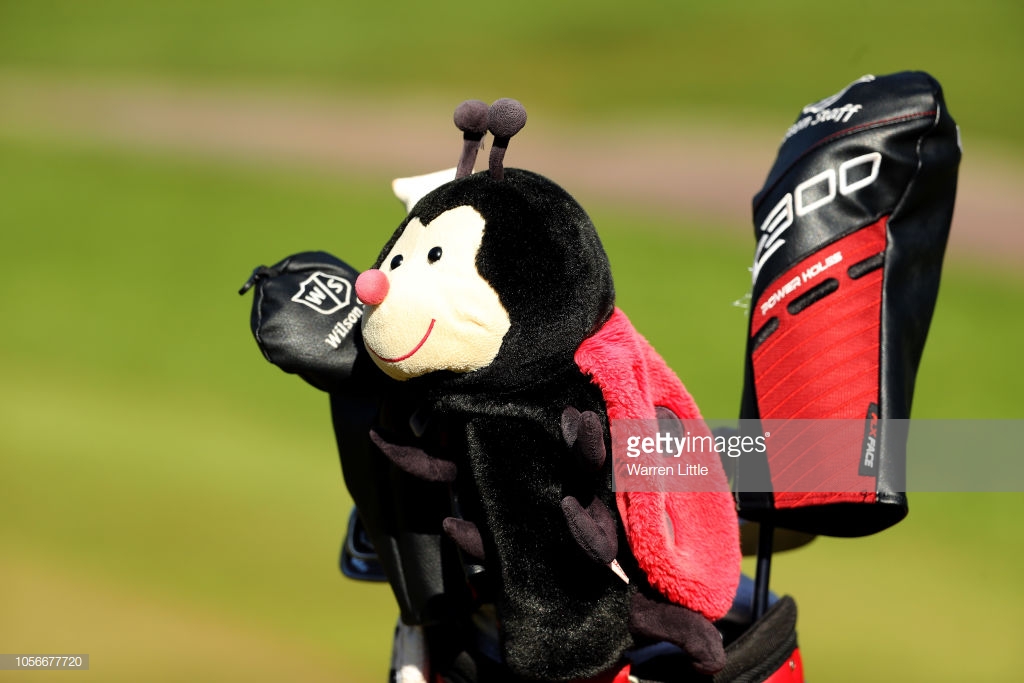 An opening round of one over par for Padraig in Sun City. He got off to a rocky start as a bogey on the par four, 5th hole, was followed by two dropped shots on the par four, 8th hole, to be out in three over par. He swapped a birdie with a bogey before a spirited finish of two birdies saw him sign for a 73. He tees off at 8.50am local time on Friday. Sergio Garcia leads after day one with an impressive eight-under par 64! 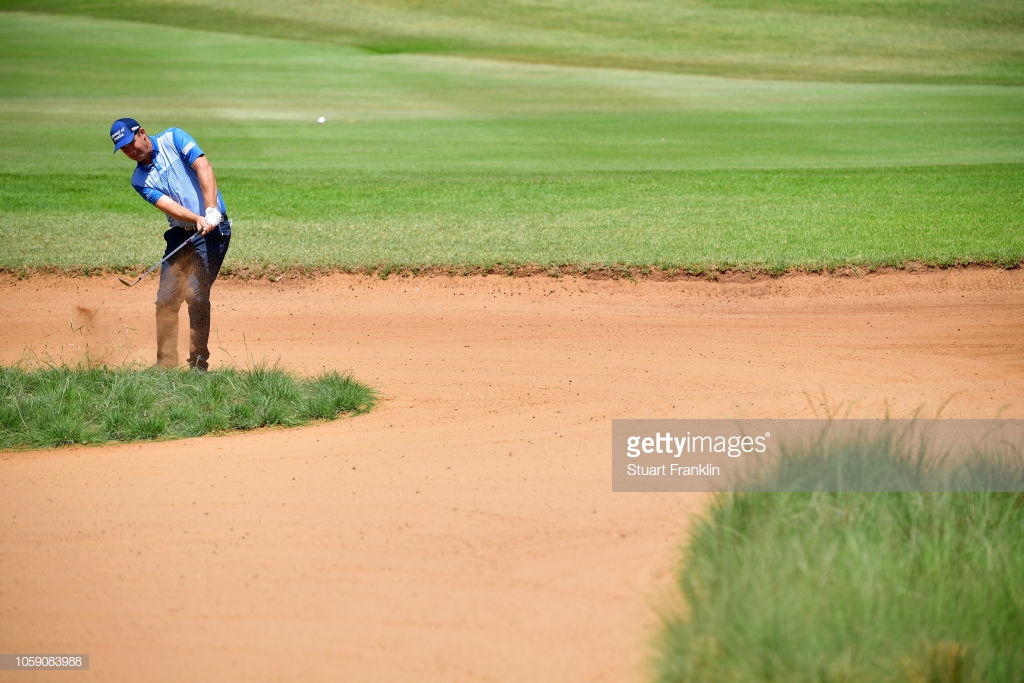 Padraig is in Sun City this week for his last event on this seasons European Tour. He is here this week by invite so any money he wins does not count towards the final event, the DP World Tour Championship. The Nedbank Challenge is the second last event in the Rolex series and carries a massive 7.5 million dollar prize fund. Padraig tees off at 9.34am local time with Erik Van Rooyen and Thomas Detry. 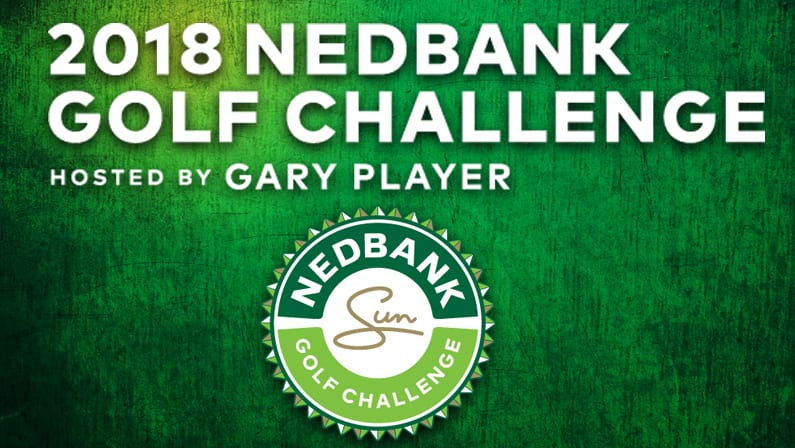 We have moved from Turkey to South Africa for the Nedbank Challenge, which is one of the best tournaments on the European Tour.  It has been held here in Sun City in some form or other for over 30 years and I can still remember the excitement of coming here for the first time.  We get totally spoilt during the week.

I was originally here on an invite as I didn’t finish high enough last week in Turkey.  However Chris Wood has pulled out, so as a result I am now in the field off my ranking.  This means that any money I win this week counts on the Race to Dubai, meaning I still have a chance to qualifying for next week’s DP World Tour Championship.  I need a big week to do it but at least now I have a chance, whereas as an invite I had none.

I played 9 holes on Tuesday and the pro-am on Wednesday.  I’ve been here so many times that I know the course well.  The main thing with the practice holes this week is to get a good feel for how far the ball is going, especially as we are at altitude so the ball goes a lot further.  As it is pretty much 10% further this week, I do all my yardages in metres so that I don’t have to do any adjustments in my head.  However it isn’t as hot as usual so the ball wasn’t quite going as far as normal, so it was nice to get out and experience it as I am playing at a similar time on Thursday.

While I really like it here in Sun City the course hasn’t been the best to me.  I find it quite a tight course and it is not one that you can play from the rough or trees.  This year the rough isn’t too bad so it’s a case of keeping it out of the trees.

I’m happy with how I am hitting it.  Last week I was in the top-ten from tee to green but well down in putting, so I’ve spent a lot of time on the putting green this week working on a few things.  I noticed that on my bad putts I was decelerating a bit so I have been concentrating on accelerating through.  It definitely feels better.

I’m out at 7.34am Irish time in the first round with Thomas Derry and Erik Van Rooyen.  I’m looking forward to getting going.  I feel my game is in good shape and my putting is moving in the right direction after the work I have done this week.  If I can hole a few putts I feel I can get myself into contention come Sunday.

We use cookies to ensure that we give you the best experience on our website. If you continue to use this site we will assume that you are happy with it.OkPrivacy policy
Go to Top